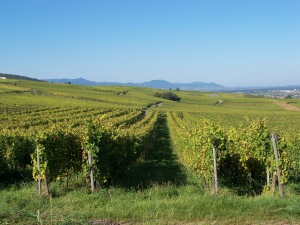 When it comes to wine, we’ve all heard of such famous regions as Tuscany and Napa Valley.  But these aren’t the only areas that produce exquisite wine.  In fact, there are 3 surprisingly lesser known regions that happen to offer everything a wine aficionado could ask – from robust flavors to distinct styles to earthy aromas and everything in between.  These 3 regions include Alsace, Languedoc and Cote d’Azur – each featuring their own unique and delectable wine products.

The Alsace region of France features a varied geology of soil types and a climate and altitude that is ideal for wine production.  Vineyards are sheltered from excess rain by the Vosges mountain range, creating a warm, dry and sunny atmosphere.  The seven grape varieties used to produce Alsace wines include Pinot Blanc, Riesling, Pinot Gris, Gewurztraminer, Sylvaner, Muscat d’Alsace and Pinot Noir.

The wines produced in Alsace are predominantly of the white variety, with the exception of Pinot Noir.  Most of the white wines from Alsace feature the distinct characteristics of being floral, spicy and aromatic, particularly due to the use of aromatic grapes in their production.  Some are dry, others are sweet.  Sparkling wines, referred to as Crémant d’Alsace, are also produced in this lovely French region.

Given its massive production volume, it’s surprising that the French region of Languedoc is not more widely known.  In fact, the region is home to approximately 700,000 acres of vineyards and is the single largest wine-producing region in the world, responsible for more than a third of France’s total wine production.  And it’s been this way for quite some time, with the earliest known vineyards of the area having been planted in the 5th century BC by the Greeks.  This mass production of high quality wines is due in large part to the region’s Mediterranean climate, which creates ideal growing conditions.

The most common grape varieties of the Languedoc region include Merlot, Sauvignon Blanc, Cabernet Sauvignon and Chardonnay.  White varieties also include Mauzac and Chenin Blanc.  Reds of Languedoc include Syrah, Grenache, Carignan, Mourvedre and Cinsault.  There are an enormous number of names, blends and varieties found throughout the region, many of which have earned the highest honor of achieving appellation or sub-appellation status.  All of the wines of Languedoc feature exquisite aromas and distinct flavors and are renowned among wine connoisseurs the world over. 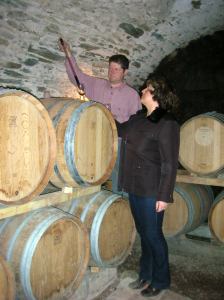 The Cote d’Azur includes the French region of Provence, which is known for its production of rosé wine.  Contrary to popular belief, rosé wines are not made from a combination of white and red, but are a unique variety in and of themselves.  In fact, it’s one of the earliest wines ever produced as well as one of the most difficult.  Some rosé wines of the Cote d’Azur regions feature light, fruity flavors, while others are more bold and robust.

Another fine variety of the Cote d’Azur area is Bandol wine, one of the most internationally recognized Provencal varieties.  Bandol wine is dominated by the Mourvedre grape, which has different characteristics depending on the particular “terroir” it is produced in.  Most Bandols feature flavors that are more on the spicy side with earthy undertones.

These three regions, while not as well-known as some others, are considered to be among the best places to grow and produce wine in France (and perhaps the world), particularly due to the perfect weather and ideal conditions.  Whether you’re a wine connoisseur or just enjoy a sip of vino every once in a while, the wines produced throughout these three regions are among the best in the world and make these destinations well worth a visit (or two).  Cheers!