Do you proudly wear green on St. Patrick’s Day?

Do you proudly wear green on St. Patrick’s Day?  Are you looking for a pot of gold at the end of the rainbow?  Or do you just enjoy a good beer?  If so, a trip to Ireland might just be what you need.

Ireland isn’t called the Emerald Island without reason. If you’re yearning for green after a long winter, Ireland is definitely the place to go.  Discover France tours wander through the green checkered countryside of rural greenery, through the magical natural landscapes and along the wild coastlines. They take you off the beaten paths.  The “Ring of Kerry” Tour is purposely taken away from the traditional touristic route because this doesn’t make it “cycle-friendly”.  Discover’s tour is just as beautiful.  Every turn on the road is a chance upon a new sight of breathtaking scenery – maybe this is the pot of gold at the end of the rainbow. 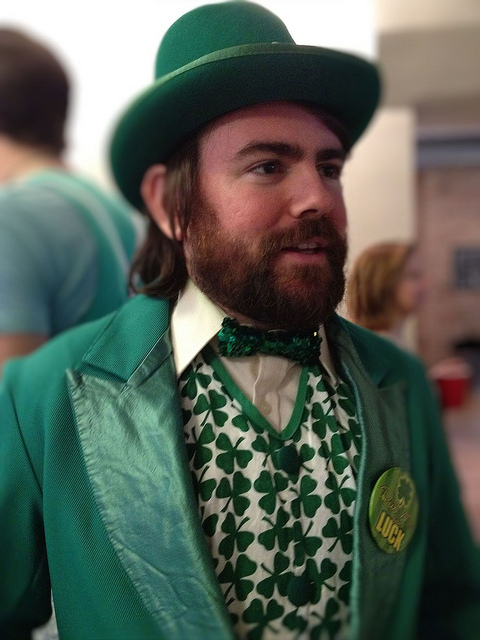 That same natural green is also what makes the food so good. Fresh, natural produce is grown on Ireland’s fertile fields.  Farm animals graze on unpolluted lands. Take Irish stew, made with local potatoes, carrots, and turnips and braised lamb.  Just like Ireland this is an authentic dish, natural and flavorful.

And for more authentic Ireland, it should be served with a good beer.  We can’t mention Ireland without mentioning Guinness.  It’s a dark stout beer with distinct flavor that comes from roasted un-malted barley and a thick, creamy froth. The Guinness Storehouse was the original St James brewery, dating its origins to 1759. Today it’s a museum. It’s in the oldest part of Dublin.  Cobbled stoned streets lead up to seven stories of just the opposite, a high-tech exhibition. You get to enjoy a pint with your visit.  We recommend having a drink from the rooftop restaurant and a prime view of Dublin.

Or in a friendly pub, another Irish treasure. Typically pubs are important meeting places, where people can gather with friends in a relaxed atmosphere.  Pubs vary according to the clientele they serve, and the area they are in. Most popular among tourists is the traditional pub, with its traditional Irish music. You don’t need to cross a Leprechaun to discover that the Irish are hospitable. An old Irish legend states, “There are two kinds of people in the world; Irish and those that want to be.”

St. Patrick’s Day Parade is the perfect example of this “desire to be Irish. The first St. Patrick’s Day Parade was actually held in Boston by Irish emigrants in the mid 1700’s. In Ireland it was a religious holiday to honor St. Patrick, who Christianized the pagans of Ireland, using a 3 leafed shamrock to explain the Holy Trinity. St. Patrick’s Day was celebrated by a religious service whose followers wore a shamrock, followed by a drink at the local pub. It’s said that once their drink was finished they through the shamrock over their left shoulder for good luck. The Irish officialized St. Patrick’s Day as a state holiday in 1903.  But the St. Patrick’s Day Festival wasn’t created until the 1990s.  Today St. Patrick’s Day is the occasion to celebrate Irish culture world-wide.  In Chicago, the river is dyed green.  Celebrations are organized in many important cities throughout the world.

Even the Frenchies at Discover France try to live up to Ireland’s free spirit on St. Patrick’s Day.  The French like to raise a glass of green Guinness beer (with moderation more or less) in an expatriated Irish pub, popular throughout France.  Even most of the regular bars offer specials on Paddy’s Day.  For those who are looking for a more “family” way to celebrate St. Patrick’s Day, the Irish Culture Center in Paris is demonstrating traditional Irish dancing and Celtic music.

Are you ready to join us and wear green on March 17th?