The Hospices de Beaune, or Hotel Dieu as it is also called, is probably one of the most famous and emblematic building in Beaune, Burgundy.

From 1363 to 1477, the Dukes of Burgundy amassed wealth and power that were the envy of most of the kings of Europe. During the middle of the 15th century, the duchy of Burgundy dominated the French affairs, and became known in all Europe for its delicious wine.

Burgundy is now one of the most iconic wine region in France, and parhaps in the entire world, and Beaune is its wine capital. You will find wine related activities all over the region and the city : wine tours in the cities, wine tasting in shops and vineyards, and of course visiting some of the most famous vineyards of the region. 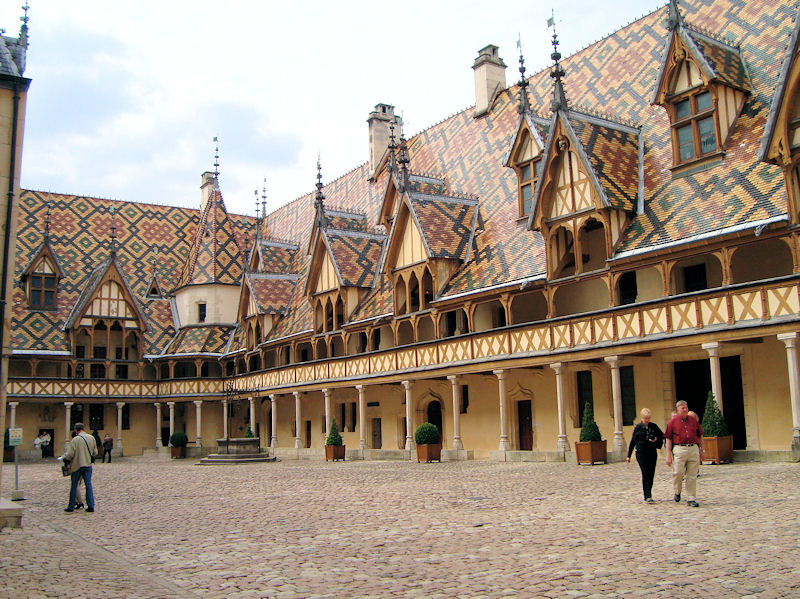 The former “Hotel Dieu” was created in 1443, during the Hundred Years’ War between France and England : the city and the countryside were often attacked, leaving the inhabitants without any ressource and ruined. To help the poorest people it was decided to build an hospital : the Hotel Dieu. Thanks to the salt marshes and vineyards in its possession, the Hotel Dieu even had its own private income. 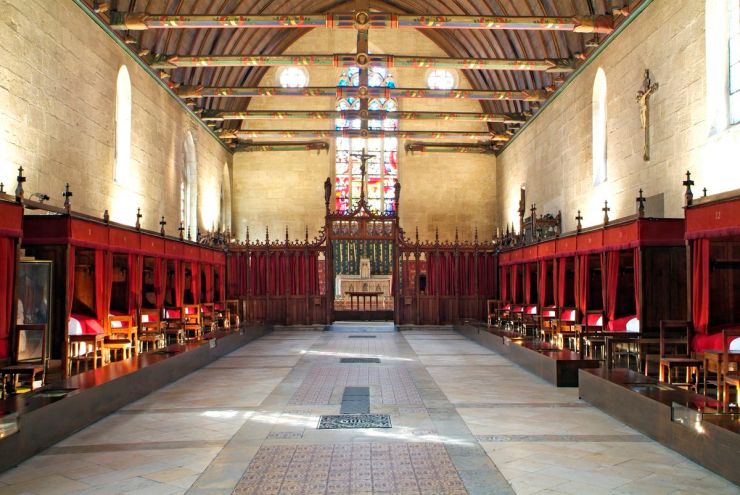 You can recognise the Hospices by the beautiful colored roof, propably one of the most magnificent in the entire country! The roof of the Hospices de Beaune is made of colored Burgundy tile (tuile vernissée de Bourgogne), which is one of the main elements of the traditional architecture of the region, especially during the Gothic period.

The tiles are made of terra-cotta and covered with a ceramic glaze, made usually of lead or tin, this gives each tile its particular color.

Nowadays you can visit the Hospices de Beaune and its museum, the XV century Bastion, the Cour d’Honneur and of course the wine reserve of the Hospices. The wine reserve is situated in a medieval cellar of more than 300 meters under the Hotel Dieu. You can visit the cellar and the wine reserve during the wine charity auction that takes place every year. This is the most famous wine auction in the world, and the results determine the international wine market, especially concerning the greatest and most prestigious wines !

Burgundy and Beaune are a real paradise for every wine lover in the world ! 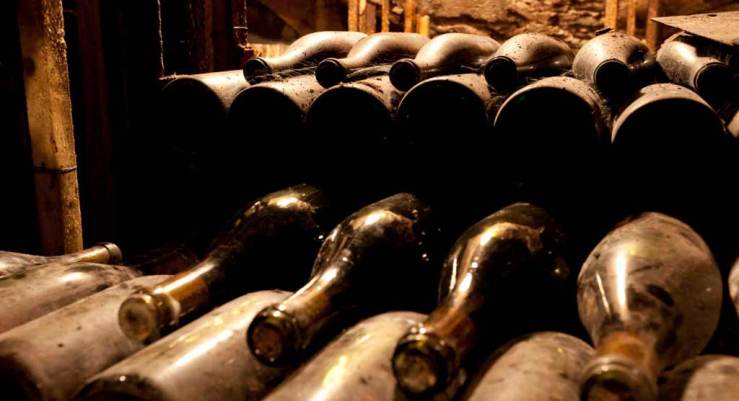