The French summer is full of activities and festivals for everyone! Here are some of the most important music festivals of this summer, enjoy!

The Garorock is a festival that originally, as its name suggests, mainly hosted rock-oriented artists. This festival takes place in Marmande, near Bordeaux. One time it was held in the city center, and in 2011 it went to live in a plain away from the city. Since then, attendance has greatly increased to 80,000 people in 2015.

This year, on the occasion of the 20th edition of the festival, Garorock hosts one of the biggest rock bands in the world, the group MUSE. The festival is wanted eco-friendly, it offers festival-goers a natural setting, allowing them to camp cheaply, in a warm and festive atmosphere. Entertainment is provided throughout the festival to allow festival goers entertained throughout the weekend football tournament, costume contest, pétanque, etc.

In addition to concerts, many activities enrich the daily program, such as workshops for manufacturing instruments with recycled objects, initiation to percussion or lectures on the language of plants or music. A space is set up for children in the heart of the botanical garden.

All animations and concerts are free, only the access to the park is for a fee. The event attracts about 110 000 visitors.

Created in 1989, the Eurockéennes is now one of the largest outdoor festivals in Europe. Every year the first weekend of July, Eurockéennes invest the tranquil countryside of the peninsula by the lake Malsaucy 7 km from Belfort.

Between hills and expanses of water, only a few kilometers from the city of Belfort the Eurockéennes offer 3 days of concerts with nearly 100,000 festival-goers, from international headliners to emerging groups through regional discoveries. In total, 4 scenes that host different artists: the Main Stage, the Green Room Esplanade, the Beach and the Club Loggia. The concerts cover a wide panorama of music: rock, pop, hip-hop, electro, song, folk and reggae.

To fully experience the festival, an ephemeral camping is in open access to ticket holders. The festival is constantly improving accessibility and develops actions to respect the environment and help integrate young people and people with disabilities in the workplace. 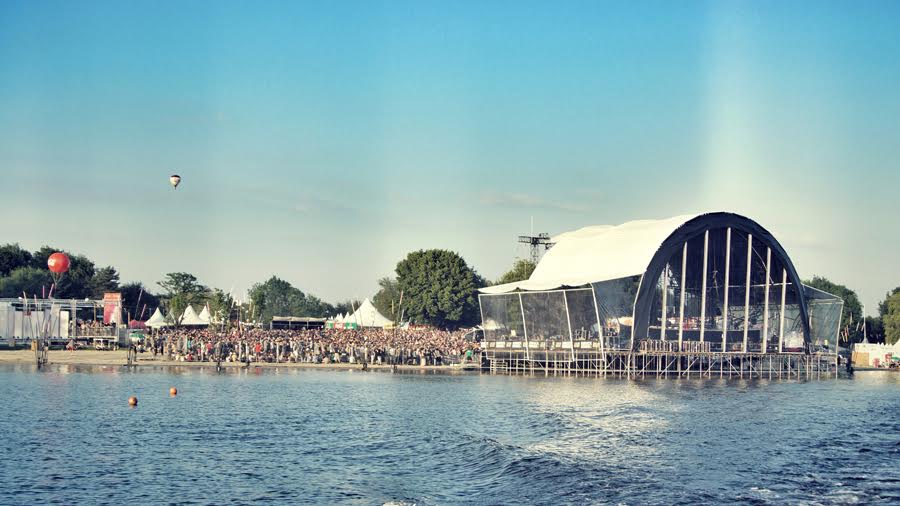